In Episode 2, the survivors have successfully defended the city of Perseverance, completing a massive wall to stop the dinosaur onslaught. Under the guidance of the ship’s senior officers, the players now set out to explore the surrounding wilderness, expand the settlement beyond the walls, and chart a path to the mysterious structure on the horizon.

This Episode adds new actions to expand the core mechanism and allows for a deep customization of your Leader and faction through dozens of unique skills. The previous Episode’s defense mechanism evolves into hex-based adventuring and expansion, allowing you to build outposts beyond the city walls, but beware: the dinosaurs are still not your friends... yet.

The Assembly, known from Episode 1, rewards players for their influence across the Zones, while the Dino Incursion requires heroic battles to defend the newly claimed lands. Among other rewards, both scoring mechanisms can give you Followers, which are required to establish yourself as a strong leader on the island and win the game.

Episode 2 has two interwoven aspects of gameplay.
In the Community areas, you will be organizing the daily life of the community: gathering resources, organizing adventuring parties, building settlements, and partaking in political power struggles.
In the Discovery Zone, you will be using your adventuring parties to clear the lands surrounding the town deeper inland, and as the dinosaurs are pushed back, pioneering camps and outposts will be erected here, providing additional dice placement locations. As civilization takes hold in the wild, the Discovery Zone will matter for your political machinations as well.

Tying it all together is the new Skill board that each player has. It shows 6 skills each for the 5 Officers guiding the development of Perseverance. With each Officer offering their specialized knowledge, this allows you to uniquely customize your abilities and your strategies, whether you want to be a builder of homes or a hunter of the wild.

Using the core mechanism of the entire series, you take Actions by drafting and placing Specialist dice from a pool. Some Specialists are better suited for certain Actions than others.

Whenever the dice pool runs out, an Assembly occurs. This periodic area-majority mechanism scores Followers (the games’ victory points) for establishing a presence in the city’s districts with pieces in your player color. You can do this by building Settlements, placing your Leader, and converting Specialist dice to your player color.

The city and its forming society are developing under the guidance of the Officers’ Council. As an aspiring Leader, a good relationship with the Officers goes a long way and will reward you after the Assembly based on the strategies you’ve been pursuing.

Assemble exploration parties, and venture beyond the walls of the established city! Undertake Adventures, capture Dinosaurs roaming the wild, and establish Outposts on the map hexes for even more die placement options.

Continue building relations with the Officers, and they will share their tricks to help you survive and thrive! With over 30 skills to choose from, Episode 2 offers very deep customization of your Leader and excellent replayability.

Strong thematic approach with an engaging world of a lost island 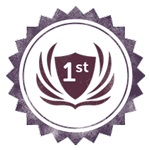